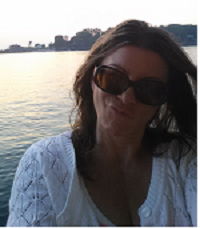 As I had posted to Facebook nearly two years ago, anything can be found on the internet. I needed to describe what the terrain was like as Jen and Michael drove from Malibu to Bakersfield. Someone had done the drive, recorded it from the windshield and posted it on Youtube. It was extremely helpful. So I turned to Google once again to help me write my one page Query letter.

I had written over five hundred pages for what will hopefully be Forty Times Platinum and its sequels, but writing three paragraphs seriously had me looking back into self-publishing. Still I pressed on. I read example after example. Surely there had to be a way to scientifically transplant my information into another letter that had worked. I was wrong.

Just as with the novel itself, I turned to professional help. Ca Ching. Ca Ching. I submitted my letter to a critique service. Because this was my first time doing this, I put all these questions in the letter when I submitted it. And to my horror, my query was sent to one of the agents I was planning on contacting. It seems he had been volunteering with the service to do critiques. And if that wasn’t bad enough, my entire email, stupid questions and all, went right to the agent.

About three days later I got back my critique. In a word, I felt the comments were mean. It took so much not to fire back a nasty email. But I am pretty sure that word gets around about hot headed writers. So I took my time and tried to tackle one insulting comment after the other and tried to assume the agent said the things he said in a non-rhetorical manner.

The next dilemma was, I paid for a one time review. How would I know if the changes I made were correct? All art is subjective. And what one agent thinks is great and brilliant; another won’t read past one sentence. And so with most of my anger behind me, I emailed the agent, thanking him for his critique and that I worked on the areas in question and would he mind reviewing it again. I figured I had to ask. And much to my shock and awe, he wrote me back and said okay. And he was also actually, what’s the word I am looking for, nice.

Maybe I caught him on a horrible day?

I took my time and the second round critique I received back was so much more positive and helpful. It wasn’t quite there, but I had gotten about ninety percent of what he had been eluding to.

And so then I had my one page letter that was going to go out to (other) agents and make them want to read more.

But how much more? I was about to find out.

2 thoughts on “Yes Virginia, there are stupid questions.”