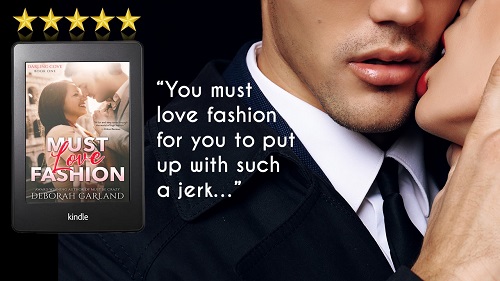 By Monday morning, Gwen still hadn’t responded to Andrew’s message. Email made it too easy to fire off a response in anger, knowing the person on the other end could walk away and think I’ll deal with that bullshit later. Instead, she printed it out and made notes. The practical side that often overshadowed her creative nature would deal with Andrew Morgan. In person.

Any face-to-face conversations, however, would be a challenge. The man dripped with raw masculine intensity. She’d have trouble completing a sentence around him.

On the train, she re-read the message. In addition to saying he would go through his files and decide what to hand over, he stressed he’d do this in his own time. He must have found the mess she’d left behind.

He notified her that the porters had delivered and set up her writing desk, but reminded her it was his office. As Brand Manager, he had a staff. Employees came to him with personal issues and to maintain their privacy, he would need to close and lock his door for these sensitive meetings.

Gwen understood this office situation inconvenienced him. His complete lack of empathy toward how this would affect her, a fellow exec who also had responsibilities, was just downright rude.

With each word she read, she expected him to address the obvious source of tension between them. Nothing. How would Andrew avoid discussing their one wild night together, though?

The locked door when Gwen reached her office answered her question and sent her over the edge. Fuming, she hunkered down in a nearby conference room with her laptop resting on her thighs. It currently doubled as an audition studio to conduct the last round of model auditions for the L.A. fashion show.

Gwen spent all morning tucked into the corner trying to write a press release while listening to Salvatore’s thick accent.

“Walk, turn, come back. Now do it again, with feeling. Is that all your hair? Extensions, she will need extensions.”

To the next model with wild tresses, “That is way too much hair for the delicate frock she will be wearing.”

Salvatore had not only softened since her interview and turned gracious, he became a relentless flirt. Smoothing his Northern Italian blond hair, he had offered her the pastries and paninis laid out on the other side of the room. The photographers, assistants, and stage director munched on the sandwiches and sweets. Yet the models eyed the table like it festered with poison.

In a fresh email, Gwen addressed the locked door situation:

Good Morning Andrew. I’m in the west conference room if you need me. Please let me know when I can get into the office. I’m starting the press releases and will need to access the files from the last show.

On a small plate, Gwen packed half of a mozzarella and pesto panini, an assortment of olives, and a tasty looking scone. Balancing everything on her lap, she unwrapped the sandwich and dragged the napkin across her legs. She hadn’t realized how starved she’d been until she opened her mouth to take a scrumptious bite.

She looked up and her heart pounded from him standing over her. She put the panini back on the plate. Wiping her hands on the napkin, she answered, “Yes?”

“Why don’t you come in and we can go over the press releases.” Something told her Andrew wasn’t the type to embrace a working lunch. When she left the untouched plate on the metal chair, he pointed and said, “You can finish that in my office.”

Fearing intense hunger and low blood sugar may make her dizzy, she picked up the plate. “Our office,” she mumbled under her breath.

“What?” Andrew turned back sharply.

He pursed his lips together then took a breath. His perfect white teeth bit into a plump lower lip. “Yes, it is.”

“I, um, read your message and I’ll give you space, if you give me the consideration I deserve. I’m an executive here, too.”

He grumbled, but nodded. He turned away and his long legs carried him down the central corridor while she scurried to keep up. On the walls, sharp black-and-white photographs showcased Prada’s most celebrated designs.

At the office door, he pointed to one of the guest chairs on the opposite side of his desk and she made herself as comfortable as she could. She balanced her plate of food on her thighs while resting her laptop and notes on the second chair. The meeting table tucked into the corner, hiding under a mound of crap, would be a better place to work, but she stayed silent about that.

She considered it a small blessing when his phone rang as soon as they sat down, giving her an opportunity to take a few discreet mouthfuls of her panini.

When he began speaking perfect, fluent Italian her jaw dropped, food threatening to spill out of her mouth.

She turned away to hide the potential mess. Get it together, woman. After a fortifying swallow, she looked back. Andrew had stood and searched for something on his desk.

He lifted folders open and slid loose papers in and out. Gwen gave a soft sigh. Damn, this man made filing look hot and steamy.

All his movements were slow and measured, like a panther stalking his prey. Her eyes wandered to his beautiful hands and long fingers. She gasped, noticing a braided gold band on his ring finger. He’s wearing his wedding ring.

Had he worn it that night? She wouldn’t claim to have been drunk, except high on Andrew’s kisses and touches. She may have missed it because she couldn’t take her eyes off his face.

The moment grabbed her, but swooning over a man still in love with his deceased wife was ridiculous. “Before we get started, Andrew, I wanted to say I’m very sorry when I heard about your wife.”

Gwen’s own loss had taught her to respect the suffering of others. A kind word of acknowledgement had significant meaning to people who had lost a loved one. Having lost her mother, she could relate.

Andrew’s body froze, though, and his lips curled into a shape that suggested he tasted something bad. “Excuse me?”

“Okay. That’s kind of my personal business.” His fists were tight and a vein in his neck looked ready to pop.

“I didn’t mean to upset you.” She released a sharp breath. “I just thought it would be rude to sit here, look you in the eyes…” As gorgeous as they were. “And not say something. That’s all.” She folded her arms across her chest.

He stared for a long moment. “She’d been gone just over a year when…” He coughed. “You and I…”

“Thank you.” He pursed his lips, like saying those simple words were difficult. “She was everything to me,” came out just above a whisper, but he’d meant for her to hear it.

“Everything,” Gwen repeated softly, watching him.

Andrew looked back with dark questioning eyes, but said nothing. He filled a room with his presence. To say a woman was everything to him, was deep to say the least.

She cleared the emotion from her throat. “Back to the show, I’ve written some preliminary press releases. Can I see the event planning that went on at other shows to make sure I’m not missing anything?”

“Yeah.” Andrew spun gracefully and sauntered to the row of file cabinets.

God, he was tall. In a flourish, he yanked out folders, binders, accordion files, and large brown envelopes. One by one, he piled them all in front of her. Some almost toppled to the ground before she caught them.

“Here,” he said. “This is everything you need to create the media kits, write the press releases, and set up the interviews.”

“That’s a lot of paper.” She organized the pile. “Ever hear of this thing called the computer?”

He flattened his smile. “Your computer skills went to good use at Starlight Elegance?”

Her eyelashes fluttered. “Excuse me?”

“I’m sorry. I just don’t understand how a promotions person at a lingerie company—”

“I was the promotions manager. And I don’t remember you having a problem with Starlight’s lingerie when you peeled it off my body.”

The blood drained away from Andrew’s face, leaving a startled ghostly expression. Damn it!

Gwen pushed the pile aside. “Listen, I’m sorry. I know it’s best if we never speak of that night, but I will defend my experience.”

The color in his face hadn’t returned. She’d pushed him too far. And on their first day together. Stupid. He’d done this job by himself all these years and never had to open up or let anyone in.

The messy office was a symbol of what Andrew had become. Lost. Just as Enrico had said.

He rubbed one thick eyebrow, suggesting she’d given him a headache, and said, “Please have everything completed before we go to L.A.”

It was best to let him cool off. She slipped a brief look in his direction, hoping for another chance to apologize. Then his cell phone rang.

Looking at the screen, he said, “I need to take this, and I need to be alone.”

He gave her a great view of his back and answered his phone. “Mira, what is it?”

With the bundle in her arms, Gwen stood, and stepped toward the door. Once she passed the threshold, it slammed behind her, sending a burst of air across her shoulders. Her long hair flew forward and around her face. She spit out a curl that lodged inside her mouth.

“Oh, my gosh.” Thalia had been walking by and must have heard the commotion. “Let me help you with these.”

“Come on.” She shook her head in Andrew’s direction. “Enrico is at Flagship for the rest of the day. You can sit in his office.”

Walking by desks of people, Gwen brushed off the mixed reactions of smirks and smug chin lifting. She suspected many of these women salivated over Andrew and were probably jealous as hell of how close she got to work with him.

One thought on “Excerpt- Must Love Fashion” 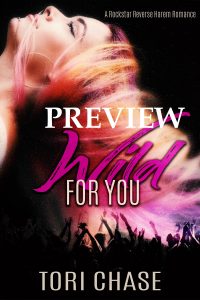