She’s promised to an Irish mob boss.
He’s a gorgeous dilettante with a million-dollar bounty on his head.
They’re fighting like hell.
Not to fall in love…

Sabine Quinlan is a smart-mouth PI hired to find a missing billionaire. Then she meets the spoiled Grayson Hart and doesn’t get why his family wants him back. Still, his brothers are paying her seven figures to get his fine ass on their company jet to bring him home to New York City.

But Grayson Hart has powers of seduction Sabine is not prepared for. She comes from a world of arranged marriages. Her family expects her to walk down the aisle with a mob boss and he’s expecting a virgin.

With her fee dwindling every day, Grayson drags her across the country stalling for some unknown reason. As they get closer to New York, where an unwanted fiancé is waiting for her, Sabine may have to resort to her own dirty tricks.

Will Grayson taking her V-card solve all her problems?

Or will crossing that line and playing with fire be Grayson and Sabine’s downfall? 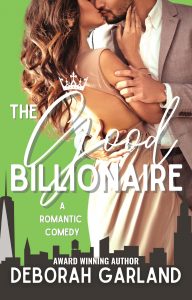